Spice up your cooking-Let not others forget the taste 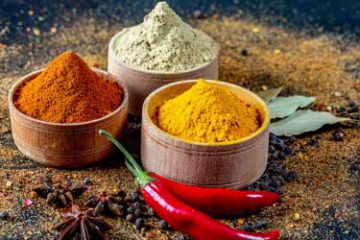 Spices play a vital role in any cuisines. When it comes about Indian sub-continent, the spice is a must. People from Indian sub-continent such as India, Pakistan, Bangladesh, Sri Lanka, etc. use more spices than others in the world. It is hardly possible to find any food items that do not use spices.

A short history and the benefits of spices:

Both spices and herbs are used in India for more thousands of years for either culinary or medical purpose. In fact, the primary medicines of Indian Ayurveda (traditional Indian Herbal medicine) are herbs and spices. Both herbs and spices are referred by the ancient medical authors Charaka (1st century) and Susruta II (2nd century).

Keeping mustard and other aromatic plants in the bedsheet for preventing malignant spirits were practiced by the ancient medical surgeon Susruta( around 4th century BC) while he also used sesame seeds as an antiseptic and applied the seeds in the post-operation wounds. On the other hand, basil is believed to create purity in both body and mind. Moreover, fenugreek is suggested for breast-feeding mothers to increase milk flow. Shortly, spices and herbs were the centers of Indian cuisine and medicine.

Cumin: Cumin is a common spice in most of the Indian cooking recipes including curries, chicken and others. Both whole cumin, roasted cumin and powder are used, which not only gives pleasant aroma but also increases the taste of the food.

Coriander: A member of the parsley family, coriander spreads a sweet smell in food preparation. It is mainly used in various types of salads and curries.

Cardamom: Any cuisine of meat cannot be possible without cardamom. It is also used in both savory and sweet preparations like halua ( a type of sweet made of lentil), fried rice, and more. There are mainly two types of cardamom- green and black. Green cardamom is used to make garam masala while black cardamom is spicier and smoky. For using cardamom in the sweet dessert, you should open the pod and spread the aromatic black seeds.

Clove: It is one of the common Indian spices used in both sweet desserts and savory preparations. You can use it whole or blend it with other spices to make garam masala.
Cassia bark and Cinnamon: Cusmin, Caramon, clove and cassia bark are used all together in most of the cooking including any types of meat, or sweet items like khir (a sweet dish made with rice and milk). It is also known as Chinese Cinnamon. Most of the ground cinnamon is actually produced from cassia bark.

Black Pepper: another essential ingredient in Indian cuisine which can be used in powdered or whole. Before blending, it is suggested to roast the black pepper.
Nutmeg and Mace: Both nutmeg and mace are used together in most of the meat preparation. Mace is the outer covering of nutmeg. You do not need to roast nutmeg before blending, instead roasting with decrease its flavor.

Mustard Seeds: There are various types of mustard seeds such as black, yellow or brown which are used interchangeably in Indian dishes. The flavor will spread when crushed or cooked in oil.
Fenugreek: It is an amazing spice that is used for medical purposes as well as in cooking. Additionally, it is also used for skin and hair care. Many modern hair oils mix fenugreek for their healing properties.

Saffron: Saffron is the most expensive spices in the world and most used in the sweet dishes.
Apart from the above mention spices, there are lots of spices which are used in Indian spices such as turmeric, curry leaf, bay leaf and more. All the spices have their own health benefits and fragrant

Struggling to find all the spices in one place? Fortunately, you will find most of the common Indian spices in HateemTai, which is an online store, offering you a wide range of grocery items along with tech products and clothing.

Wonder what queens used to wear-try